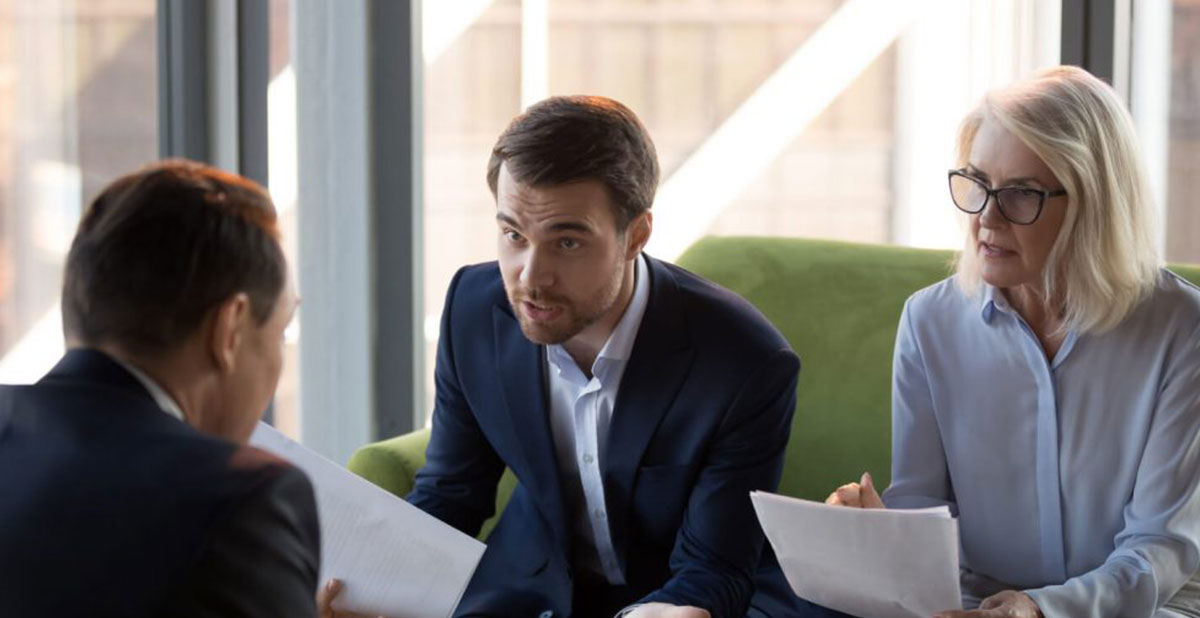 The period between separation and divorce is a perilous time for those with Wills.
Generally, marriage separation has no direct impact on a Will and the Will remains valid, including all the provisions of the Will in favour of an estranged spouse.

Separation does not revoke a Will.

Separation does not affect a Will, as a person must be separated for 12 months (in NSW) before a family court will finalise a divorce.
An estranged spouse can inherit under a valid Will made during a marriage that has not been formally ended through divorce.

So, without a new Will, an estranged spouse will be treated the same as an existing married spouse.

A Divorce can revoke a Will, but often only some aspects of it.

As detailed in section 13 of the Succession Act, divorce will revoke:

If you separate, intend to divorce and don’t want any of your assets to go to your ex, it is important to update your Will as soon as possible.

A Cautionary tale for Separated Couples:

A married couple separated and finalised a property settlement but had not signed a Divorce Application when the man died.
He had never made a Will, so the statutory rules of Intestacy applied to his estate. This meant the entire estate was left to his ex-wife, even though they had separated, and both had re-partnered.
The man and his new partner had only lived together for a year and a half, which means they cannot be considered a de facto couple according to section 4AA of the Family Law Act 1975, and therefore for the purposes of Intestacy.

The man’s estranged wife is entitled to 100% of his estate – and the new partner gets nothing.

It could have been different if:

1. The man had made a new Will (revoking all previous Wills) following his separation from his wife.
or
2. The Divorce had been finalised*.

*(note: Filing divorce papers is done after you and your spouse have been separated for at least one year. The timeline to finalise the divorce after lodging the application is usually about four months. Then, when you attend your final court hearing, if everything is in order, the court will grant your divorce on that day. The divorce then becomes final one month and one day after the date it was granted).

If you do not make or update your Will prior to the completion of the divorce (as above) you are at risk of your estranged spouse receiving part or all of your estate if you die, EVEN IF ‘the former spouse has already received significant property assets in a property settlement.’

If you have separated but not yet divorced, it’s time to make or update your Will.
You should also consider;

Remember: An existing Will is not affected or revoked just because you enter into or end a domestic relationship.
Your Will remains valid until such time as it is revoked by you.

Divorce does not guarantee that your pre-existing Will is revoked.

Remember: A Divorce can revoke a Will, but often only some aspects of it.

The effect of divorce on your Will is that your former spouse would no longer be appointed executor or receive any gift from your estate. Exceptions reflective of your intentions could include the maintenance of existing provisions to stand despite your divorce, or for your former spouse to remain trustee of a testamentary trust which includes mutual children. (note: Mutual Wills are not necessarily revoked by the dissolution of marriage).

Another Cautionary tale for Separated Couples:

An estranged spouse will be treated the same as an existing married spouse.

There remain limited circumstances where separation may impact a Will.

Shortly after their separation, the man and his second wife took steps to effect a permanent separation, including systematically dividing their assets, including selling their jointly owned home unit. However, settlement was yet to occur at the time of the man’s death.

Importantly, the deceased man had also made statements to his children prior to his death, about wanting to write a new Will to reflect the changed circumstances created by his separation from his second wife.

However, as the deceased did not write a new Will before his death, the second wife inherited the man’s entire estate. Two of his children from his first marriage then made a Family Provisions Claim for provision under the Will (Succession Act 2006 NSW), and initially, their claim was dismissed with the Court finding the deceased had an ongoing obligation to make testamentary provision for the second wife.

On appeal, this decision was found to be ‘unjust’ and overturned. The adult children were successful in obtaining an order for provision under the Will as the Court found against allowing the second wife to retain property ‘to which she was not entitled under their informal financial settlement.’ The Court of Appeal held that by engaging in a deliberate and systematic division of their jointly held assets and liabilities, the deceased and his wife had agreed on a final, albeit informal, financial settlement (the Court of Appeal noted that the legal costs incurred by the parties exceeded the amount of the provision sought under the Will, which was a ‘wholly unsatisfactory outcome.’).

To avoid leaving your loved ones the costly, stressful, and time-consuming requirements of contesting a Will, we strongly recommended that if you have separated from your spouse, contact us to update your will to reflect your new testamentary intentions.

As above, if you have an ‘estranged’ spouse (with or without children), it is likely your estate will be challenged by ‘eligible persons’ who can bring a ‘Family Provision Claim.’
In Mears v Salier [2014] NSWSC 934 the estranged wife was entitled to the estate, but in a successful Family Provisions Claim the Court awarded the entire estate to the child of the deceased.

Some factors examined by the Court in a Family Provisions Claim include:

Conclusion – if you have experienced the significant life change of Separation you should review your current Estate Plan.

The importance of specialist advice in Estate Planning is clear.
For a free, no obligation review of your current Will or to discuss your Estate Planning requirements, simply pick up the phone or email us on